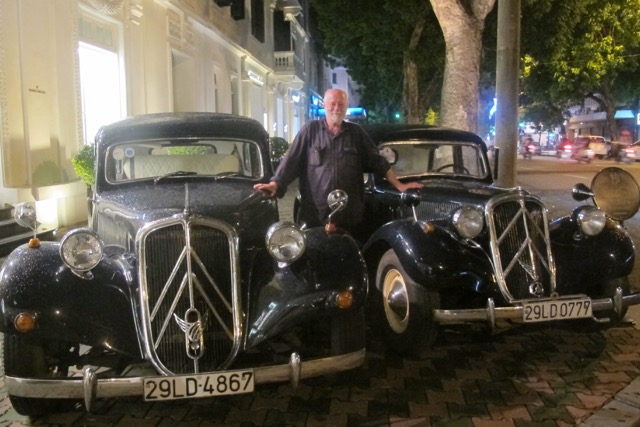 Every year we take ‘Late Night Live’ out of the Sydney studio and head for somewhere interesting – Berlin during the fall of the Wall, New Orleans after Katrina and the BP spill, China, India, wherever. I’ve just returned from three challenging weeks in Vietnam and Cambodia and while staying at arguably the most famous hotel in Hanoi was delighted to find two 1950s Citroens, in concourse condition, parked by the front door. In return for a modest fee you could take your pick and be chauffeured around the city once known as the ‘Paris of the East’. Citroens aren’t the only legacy of the French colonial era – the streets are French-style boulevards, there’s an impeccably French opera house and most of the hotels – including ours – seem to have been fully imported from the Croissete at Cannes.